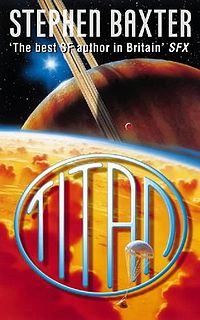 The book depicts a manned mission to Titan — the enigmatic moon of Saturn — which has a thick atmosphere and a chemical makeup that some think may contain the building blocks of life.

Paula Benacerraf is appointed to oversee the dismantling of the Shuttle fleet after another disaster. Instead, she listens to the scientist, Rosenberg, who wants to explore the life Cassini discovers on Titan. Humans are hurled to the edge of the Solar System. To the edge, also, of sanity.

The Improbable Adventures of Sherlock Holmes

The Science of Avatar