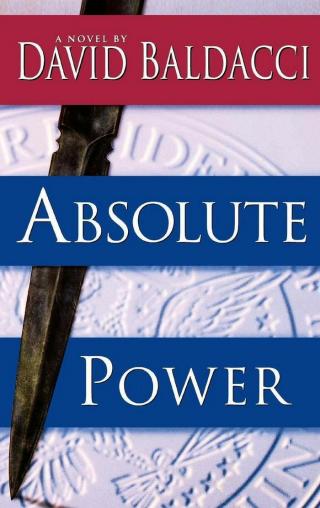 The security system is state of the art. The carpeting costs a thousand dollars a square foot. It’s the perfect place for a lovers’ tryst between a rich man’s trophy wife and the most powerful man in the world. But someone is watching. And when the lovemaking turns deadly, someone will know the truth — and the full, penetrating reach of... Can the President of the United States get away with murder? The fictional answer to this question has set the literary world on fire and transformed David Baldacci into a household name and overnight success. Going beyond the classic works of John Grisham and Robert Ludlum, ABSOLUTE POWER combines the highest levels of political intrigue with big-money law, cutting-edge forensics, and the riveting search for a truth hidden within the power of the Oval Office. Luther Whitney is a rare combination of thief and honorable man. Now he’s the invisible eyewitness to an event that, if ever revealed, would shake America to its very roots. Inside the walk-in safe of a billionaire’s mansion, through the vault’s one-way-mirrored door, Luther can see everything that happens in the master bedroom just a few feet away. A woman is brutalized, and a cover-up is set in motion by the President’s most trusted aides. And the eyewitness is running for his life. From a million-dollar-a-job assassin to the punishing battles of a legal empire, from White House state dinners to the microscopic evidence unearthed from a string of gruesome murders, ABSOLUTE POWER masterfully plumbs the depths of human greed, power, and corruption. This is truly the reading experience of the year: thrilling, shattering, and as provocative as it is relentlessly suspenseful.

No Rest for the Dead