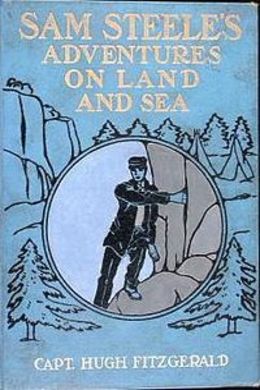 Sam Steele, sixteen years old, is the son of a sea captain. His father is reported killed in a shipwreck, and Sam is quickly cheated of his inheritance. Now an orphan, Sam meets his maternal uncle, Naboth Perkins, another sea captain and ship-owner; together, the two set sail in the Pacific trade. From San Francisco, Sam and his uncle embark on Naboth’s ship the Flipper, carrying provisions north to the miners of the Alaska gold rush.nnA storm casts them onto a remote island, occupied by stranded and desperate miners who have struck a rich goldfield. The traders work out a co-operative deal with the miners, supplying needed transport and labor for a share in the gold. The crew of the Flipper have to cope with thieves and the hazards of nature before they can return with ample rewards for their trouble.nnAt home again, Sam and Naboth discover that Sam’s father Captain Steele has survived shipwreck (with the loss of a leg). Re-united with his father, Sam regains his lost patrimony.

The Patchwork Girl of Oz

Castle in the Air