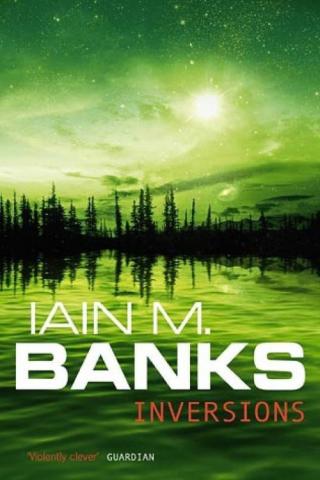 Some years ago, rocks and fire fell from the sky and the old Empire fell with them. In the lands released from that crushing hegemony, a new world order is about to emerge. Two people in particular can see all this in a wider context.
In the winter palace, the King's new physician has more enemies than she at first realises. But then she also has more remedies to hand than those who wish her ill can know about.
In another palace across the mountains, in the service of the regicidal Protector General, the chief bodyguard too has his enemies. But his enemies strike more swiftly, and his means of combating them are more traditional.
Both the doctor and the bodyguard have at least one person they care for deeply and who cares for them. None of them, however, can risk saying so.
This is the story of two stories. Spiralling round a central core of secrecy, deceit, love and betrayal — and linked more closely than even those involved can know — each climbs to its own devastating climax.
Inversions is a dazzling work of science fiction from an author writing at the height of his remarkable powers.

A Song Of Stone

The State of The Art