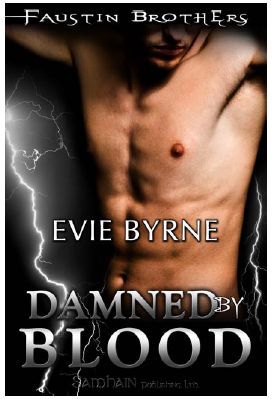 Power play…or duel to the death.
Faustin Brothers, Book 3
Mikhail Faustin is the prince of New York. His authority is absolute, his power unquestioned—and his heart is empty. The pain he carries inside leaves him with nothing to offer a mate. When he discovers that Alya Adad is not only his destined bride but also the source of his misery, his fate is sealed. He must claim the woman he despises most. Or die trying.
Alya Adad is the most powerful of her kind born in generations and a prince in her own right. She’s accountable to no man, certainly not to her first lover, Mikhail. Now he has the gall to not only invade her territory, but threaten to take her by force—for a prophecy she doesn’t believe in? She’ll kill him first.
Their battle for the upper hand is no-holds-barred…until she discovers the one thing his pride didn’t want her to know. That she still holds the key to his heart—and his innermost desires. And when a rival vampire clan strikes, letting her guard down is the only way to save him.
Warning: Contains explicit sex and violence, including violence between the hero and heroine. The sexual content includes but is not limited to bondage, blood play, and some rather creative uses for cling wrap. The author and her attorneys caution readers that the use of a taser to resolve relationship issues is a strategy best left in the realm of fiction.