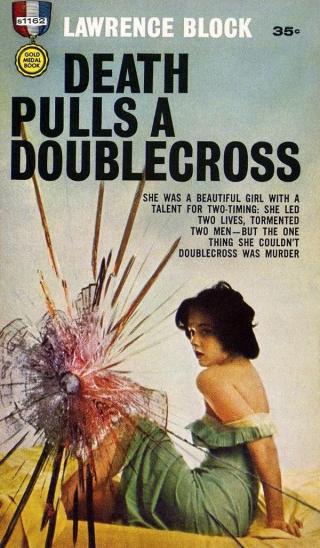 I’M ED LONDON, Ph. D./PHILANDERER IN DANGER Nailing killers is my racket. But hiding their victims’ corpses from the law? Better conjure up Houdini, buddy, I’m not the man you want. That’s what I should have said. But I’ve got a heart as big as a bawdy house. When I saw my sister’s marriage going up in smoke because her husband's extramarital flame got murdered, I decided to stick my neck out and plant the body so it couldn’t be traced to him. That’s when the fur began to fly — and so, in fact, did the bullets. First, the girl had been leading a double life. Second, she had pulled a neat little doublecross that left me holding the bag — a bag with the keys to a priceless fortune — and up for grabs to every hood in town.

A Time to Scatter Stones

Me Tanner, You Jane