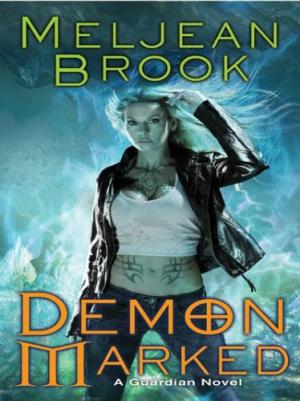 In this stunning and sexy addition to the world of the Guardians, a man seeks revenge against the half-demon he once loved...

Nicholas St. Croix is familiar with the evil of demons. After his father's death, he was raised by the demon who had taken over his mother's body. Six years ago, his "mother" was responsible for the disappearance of the woman he loved, and Nicholas swore he'd find her--even if he had to go to Hell and back. Except she finds him first--and with one tormented kiss, he knows that she, too, is a demon. Now he is determined to take his revenge.

Ash is a half-demon with no memory of her past or how she got to Hell. All she knows is that Nicholas St. Croix holds the key to her identity. And though he's clearly drawn to her, Nicholas makes no secret of his distrust of her. Yet one kiss at a time, he breaks down her defenses as they battle an array of demons and Guardians. But is Ash's greatest enemy the man at her side?

Burning Up [Omnibus of novels]