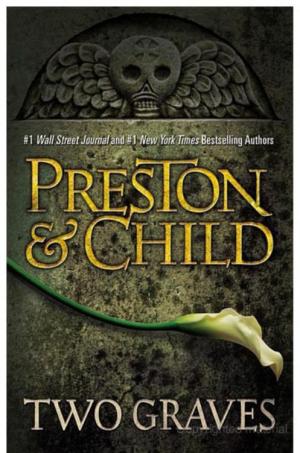 For twelve years, he believed she died in an accident. Then, he was told she'd been murdered. Now, FBI Special Agent Aloysius Pendergast discovers that his beloved wife Helenis alive. But their reunion is cut short when Helen is brazenly abducted before his eyes. And Pendergast is forced to embark on a furious cross-country chase to rescue her.
But all this turns out to be mere prologue to a far larger plot: one that unleashes a chillingly-almost supernaturally-adept serial killer on New York City. And Helen has one more surprise in store for Pendergast: a piece of their shared past that makes him the one man most suited to hunting down the killer.
His pursuit of the murderer will take Pendergast deep into the trackless forests of South America, to a hidden place where the evil that has blighted both his and Helen's lives lies in wait . . . a place where he will learn all too well the truth of the ancient proverb:
Before you embark on a journey of revenge, dig two graves.

Out Of The Deep I Cry