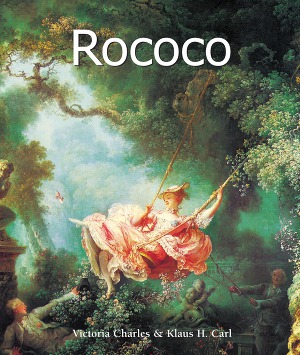 Deriving from the French word rocaille, in reference to the curved forms of shellfish, and the Italian barocco, the French created the term Rococo. Appearing at the beginning of the 18th century, it rapidly spread to the whole of Europe. Extravagant and light, Rococo responded perfectly to the spontaneity of the aristocracy of the time. In many aspects, this art was linked to its predecessor, Baroque, and it is thus also referred to as late Baroque style. While artists such as Tiepolo, Boucher and Reynolds carried the style to its apogee, the movement was often condemned for its superficiality. In the second half of the 18th century, Rococo began its decline. At the end of the century, facing the advent of Neoclassicism, it was plunged into obscurity. It had to wait nearly a century before art historians could restore it to the radiance of its golden age, which is rediscovered in this work by Klaus H. Carl and Victoria Charles.