Tales of the Lovecraft Mythos 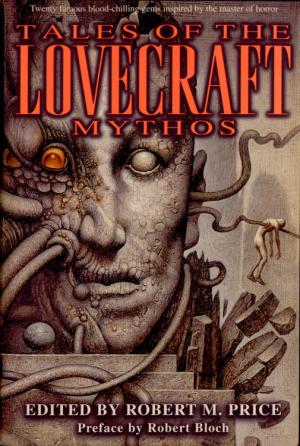 When H.P. Lovecraft first introduced his macabre universe in the pages of Weird Tales magazine, the response was electrifying. Gifted writers — among them his closest peers — added sinister new elements to the fear-drenched landscape. Here are some of the most famous original stories from the pulp era that played a pivotal role in reflecting the master’s dark vision.
FANE OF THE BLACK PHARAOH by Robert Bloch: A man obsessed with unearthing dark secrets succumbs to the lure of the forbidden.
BELLS OF HORROR by Henry Kuttner: Infernal chimes ring the promise of dementia and mutilation.
THE FIRE OF ASSURBANIPAL by Robert E. Howard: In the burning Afghan desert, a young American unleashes an ancient curse.
THE ABYSS by Robert A. W. Lowndes: A hypnotized man finds himself in an alternate universe, trapped on a high wire between life and death.
AND SIXTEEN MORE TALES OF ICY TERROR

The Twelve Crimes of Christmas