The World's Worst Weapons: From Exploding Guns to Malfunctioning Missiles 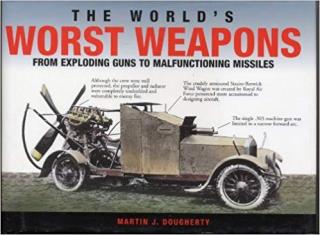 Some weapons are winners; some are epic failures. Here are the ones that went really wrong, from Germany’s Zeppelin Bomber to the US Navy’s Nimrod.

In times of war, scientists and inventors developing weapons experiment with strange new ideas—and sometimes, things don’t work out well. Structured by weapon type, this entertaining and informative guide looks at the guns, tanks, ships, and aircraft that utterly failed in battle. They range from the early version of the M16 assault rifle, which broke down regularly in Vietnam, to the Douglas X-3 Stiletto, designed to explore the “supersonic flight environment,” but incapable of passing the speed of sound. A thoroughly researched text includes technical specifications and firsthand accounts by users, complemented by rare photographs and full-color illustrations.

Fight to Win: 20 Simple Techniques That Win Any Fight