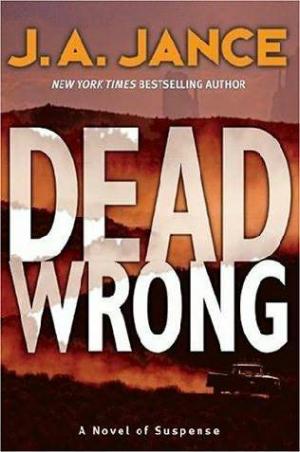 The solid 12th entry in bestseller Jance's lively crime series (Exit Wounds, etc.) to feature Joanna Brady, sheriff of Cochise County, Ariz., finds Joanna newly reelected and about to have her second child. When the cops learn that a murdered man with a sordid personal history has links to one of Arizona 's most prominent judges, Joanna's investigation turns up a connection to an early case of her late father's, an honored sheriff. Next, the brutal beating of Jeannine Phillips, an Animal Control officer, leads the sheriff's department, its staff already stretched thin, to a confrontation with a notorious ranching family and suspected illegal immigrants. Then Joanna's obnoxious in-laws arrive for the imminent birth. In a heart-stopping climax, Joanna shoots a suspect as he tries to kidnap two children. Subplots dealing with social issues such as alcoholism and dysfunctional family relationships lend moral weight. As usual, Jance deftly brings the desert, people and towns of southeastern Arizona to life.

Kiss of the Bees

Hour of the Hunter

Duel to the Death