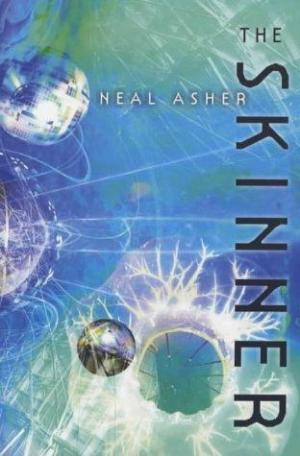 Welcome to Spatterjay…where sudden death is the normal way of life;
To the remote planet Spatterjay come three travellers with very different missions. Janer is directed there by the hornet Hive-mind; Erlin comes to find the sea captain who can teach her to live; and Keech — dead for seven hundred years — has unfinished business with a notorious criminal.
Spatterjay is a watery world where the human population inhabits the safety of the Dome and only the quasi-immortal hoopers are safe outside amidst a fearful range of voracious life-forms. Somewhere out there is Spatterjay Hoop himself, and monitor Keech cannot rest until he can bring this legendary renegade to justice for atrocious crimes committed centuries ago during the Prador Wars. Keech does not realise that Hoop's body is running free on an island wilderness, while his living head is confined in a box on an Old Captain's ships. Nor does he know that the most brutal Prador of all is about to pay a visit, intent on wiping out all evidence of his wartime atrocities. Which means major hell is about to erupt in this chaotic waterscape.

Stations of the Tide