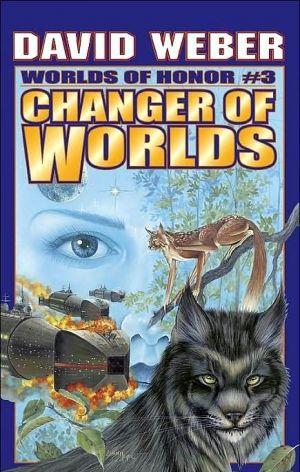 Welcome Again to the Many Worlds of Honor.


Lady Dame Honor Harrington—starship captain, admiral, Steadholder, and Duchess—has spent decades defending the Star Kingdom of Manticore against all comers. Along the way, she has become the legend known as “the Salamander” from her habit of always being where the fire is hottest… and also a national bestseller (Ashes of Victory: #7, “The Wall Street Journal”).

But it’s a big universe, and Honor’s actions affect a lot of lives, not all of them human. And their actions affect her—a lesson “Ms. Midshipwoman Harrington” learns years before rising to command rank, when a desperate battle against “pirates” who aren’t quite what they seem begins her brilliant career.

Closer to home, in “Changer of Worlds,” a secret that the alien treecats have kept from their human friends for hundreds of years is about to come out… and completely change the relationship between the two species forever.

Meanwhile, Eric Flint weighs in with “From the Highlands.” Honor can’t be everywhere, so when the People’s Republic of Haven tries to stage a political assassination on Earth, Anton Zilwicki—husband of one of the Star Kingdom’s most revered military martyrs, and father of a young woman who is clearly a chip off the old block—steps into the breach… and takes the opportunity to settle some old scores along the way.

And finally, Esther McQueen and Oscar Saint-Just square off for their final confrontation in Noveau Paris in “Nightfall.”

The Dance of Time