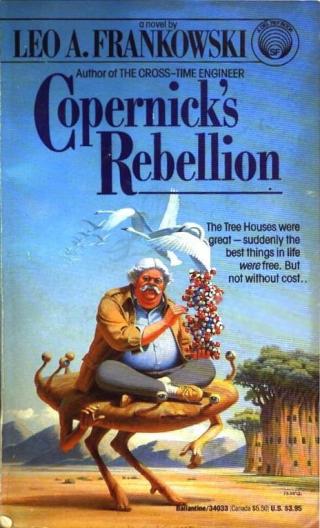 Heinrich Copernick and Martin Guibedo came to the States as penniless refugees after World War II. By 1999 they had made huge fortunes in the field of medical instrumentation. But Heiny and his Uncle Martin weren’t just filthy rich, they were also the world’s best gene engineers. And their latest inventions could free Humanity from want and oppressive governments forever. At least, that was the plan.
Imagine: Free homes with all the furnishings and utilities! Free food! Even free babysitters! Heiny and Uncle Martin even thought they should give their inventions away. Free.
That’s when their troubles began.