The Blonde in Lower Six 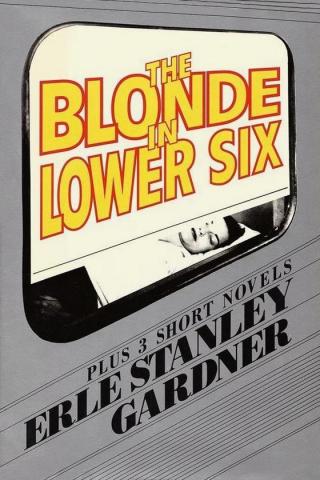 Erle Stanley Gardner, creator of Perry Mason and the world’s bestselling mystery writer, wrote for the leading magazines such as Argosy and Black Mask alongside Dashiell Hammett and Raymond Chandler.
Following the success of Dead Mens Letters featuring the exploits of Gardner s most enduring pre-Perry Mason hero Ed Jenkins — also known as “The Phantom Crook” — this collection continues with the intrepid man caring less for the letter of the law than for what he doggedly believes to be right. But to achieve his ends, Jenkins is forced to confront police and criminals while avoiding the pitfalls of blackmail, coercion and incarceration. In The Blonde in Lower Six, a full length novel, and three other short novels contained in this volume, Ed Jenkins still remains his own man to those who try to force his hand.
The pre-Perry Mason Erle Stanley Gardner was one of the most popular authors of his day and the accounts of Ed Jenkins were among his very best early work. The Ed Jenkins sagas, collected in one volume for the first time, represent the author s most thrilling adventures in the hard-boiled genre.