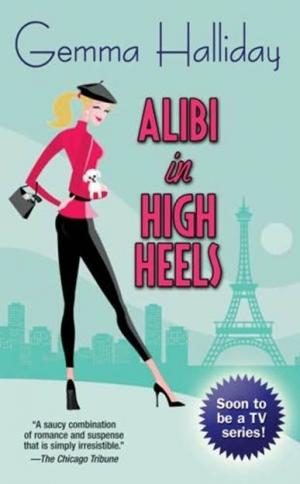 Baguettes, bodies, and haute couture galore! Shoe designer turned amateur sleuth Maddie Springer is at it again-this time in fabulously fashionable Paris.
When Europe's designer du jour, Jean Luc LeCroix, invites Maddie to show her creations at Paris Fashion Week, Maddie's sure she's died and gone to heaven. That is, until Jean Luc's top model is found dead on the runway, stabbed with a familiar stiletto heel. Sure someone is trying to frame her, Maddie enlists the help of her friends, including the sexy Detective Jack Ramirez, to uncover a daring jewel heist, a devious blackmailer, and even a few skeletons lurking in the closets of those closest to her.
But as the evidence mounts, Maddie becomes the prime suspect and Ramirez is stuck between a badge and a cute blonde with a tendency for trouble. With her love life on the rocks and a murderer on the loose, if Maddie doesn't uncover the real killer soon, she might be saying her final adieu.