Before The Killing Starts 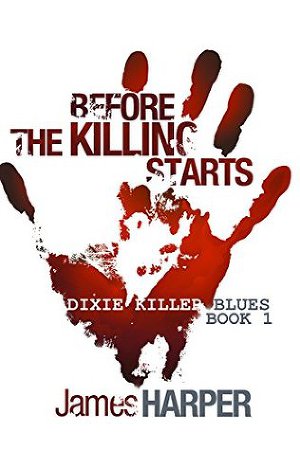 Be careful what you wish for.

All maverick private investigator Evan Buckley wants is a cold beer and to find his wife Sarah after she disappeared without trace five years ago—at least that’s what he thought until her friend Ellie Martin turns up looking for him one day with the promise of information. There’s a catch, of course.

Sadly, when things look too good to be true, it’s usually because they are—although on the face of it, all Ellie wants in return is for Evan to find the enigmatic Dixie for her. She just forgets to mention some vital information Evan needs to keep himself alive and kicking.

Caught between a large rock and a very hard place, Evan is drawn deeper into Dixie’s world of betrayal, gratuitous torture and psychopathic Mexican drug gangs. Horror replaces euphoria when he realizes it’s not only his life Ellie has put in danger—when she admits she left Sarah holding the three million dollars she ripped off from the vindictive gang leader Chico.

What she doesn’t tell him is how—after a brutal couple of hours strung up in Chico’s basement—she told the cold-blooded psychopaths the same story; and they’re already on their way to make sure somebody has one very bad day.