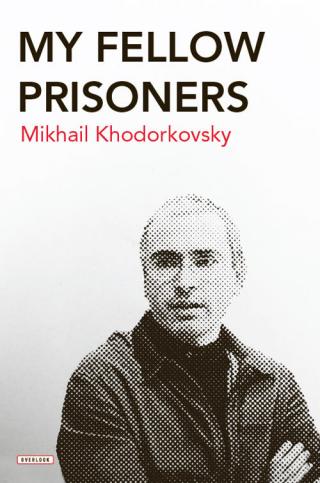 In this eye-opening account, Russia’s most famous political prisoner bears witness to his country’s brutal prison system
Mikhail Khodorkovsky was Russia’s leading businessman and an outspoken Kremlin critic. Under his leadership, the oil company Yukos revived the Russian oil industry, and as the company thrived, he began sponsoring programs to encourage civil society and fight corruption.
When he was arrested at gunpoint in 2003, Khodorkovsky became Russia’s most famous political prisoner. Sentenced to ten years in a Siberian penal colony on fraud and tax evasion charges, he was put on trial again in 2010 and sentenced to fourteen years, despite the fact that the new charges contradicted the earlier ones.
While imprisoned, Khodorkovsky fought for the rights of his fellow prisoners, going on hunger strike four times. After he was pardoned in 2013, he vowed to continue fighting for prisoners’ rights, and My Fellow Prisoners is a tribute to that work. A moving portrait of the prisoners Khodorkovsky met, My Fellow Prisoners tells the story of lives destroyed by bureaucratic criminality. It is a passionate call to recognize a human tragedy.
Review

“My Fellow Prisoners is an illuminating and brave piece of work.”
—The Washington Post

“This little book’s power is inversely proportional to its size.”
—Russian Life

About the Author
MIKHAIL KHODORKOVSKY is Russia’s best-known political prisoner. Prior to his arrest on October 25, 2003, Khodorkovsky had been known as one of Russia’s most successful entrepreneurs and as a pioneering philanthropist. He led the fight against corruption in Russia, encouraged inward investment and promoted civil society. Pardoned in December 2013, he lives in Switzerland and works on behalf of prisoners’ rights.