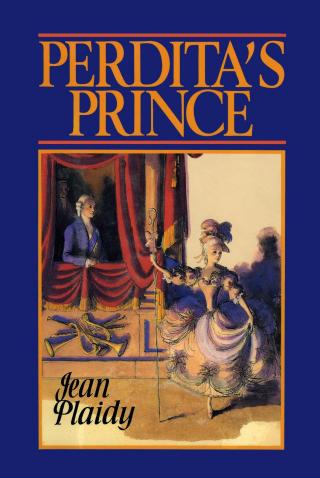 George III, fighting madness and the loss of the American colonies, has a domestic crisis as well. The 17-year-old Prince of Wales, fighting the puritanical decorum of his parents’ court, is about to begin his career of womanizing, gambling and consorting with the King’s political enemies.
At the Drury Lane Theatre, the Prince is enchanted by popular actress Mary Robinson in the role of Perdita in A Winter’s Tale. Although she is older, married and a mother, the Prince sets her up as his mistress. Mary has had many adventures, and is not averse to the attentions of the young Prince despite much opposition from those around them.
Like most royal scandals however, the affair doesn’t last. George has no notion of fidelity and soon loses interest in her, but she won’t let him escape without a fight. The affair is used to advantage by the King’s political opponents, while the Prince moves on to newer, more flamboyant dalliances, happily anticipating the unbridled indulgence his 21st birthday will permit.

The legend of the seventh virgin

Seven for a Secret