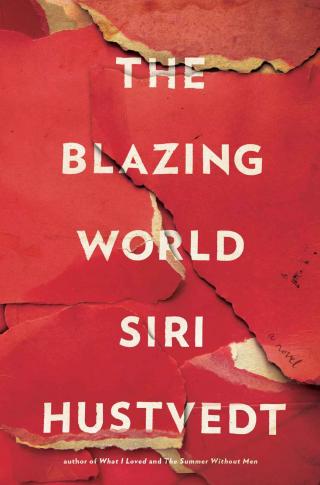 With The Blazing World, internationally bestselling author Siri Hustvedt returns to the New York art world in her most masterful and urgent novel since What I Loved. Hustvedt tells the provocative story of the artist Harriet Burden. After years of watching her work ignored or dismissed by critics, Burden conducts an experiment she calls Maskings: she presents her own art behind three male masks, concealing her female identity.
The three solo shows are successful, but when Burden finally steps forward triumphantly to reveal herself as the artist behind the exhibitions, there are critics who doubt her. The public scandal turns on the final exhibition, initially shown as the work of acclaimed artist Rune, who denies Burden’s role in its creation. What no one doubts, however, is that the two artists were intensely involved with each other. As Burden’s journals reveal, she and Rune found themselves locked in a charged and dangerous game that ended with the man’s bizarre death.
Ingeniously presented as a collection of texts compiled after Burden’s death, The Blazing World unfolds from multiple perspectives. The exuberant Burden speaks — in all her joy and fury — through extracts from her own notebooks, while critics, fans, family members, and others offer their own conflicting opinions of who she was, and where the truth lies.
From one of the most ambitious and internationally renowned writers of her generation, The Blazing World is a polyphonic tour de force. An intricately conceived, diabolical puzzle, it explores the deceptive powers of prejudice, money, fame, and desire.

The Enchantment of Lily Dahl