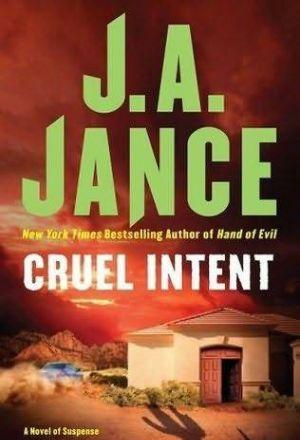 From New York Times bestselling author J.A. Jance comes a chilling tale of suspense, where romance turns deadly at the hands of a man whose heart is filled with…

On a dating site, singleatheart.com, bored housewives can find romance with married men looking for sex without strings. But these "married singles" are flirting with more than just their vows. At the heart of this seemingly innocent service, a vengeful computer hacker is playing games with people's lives…and deaths.

Ex-television journalist Ali Reynolds just wants a break from excitement. In the midst of a remodel, the last thing she expects is a murder investigation that will stop the construction on her home. But when the savagely murdered body of stay-at-home mom Morgan Forester is found, Ali's contractor Bryan is the prime suspect. Bryan swears he has nothing to do with his wife's murder – but as the investigation progresses Ali seems to be the only resident of Sedona who believes him.

Determined to prove Bryan's innocence, Ali unknowingly lands herself directly in the path of a calculating killer. In a world filled with encrypted computer traps and life-threatening lies, will Ali be able to decode the actions of a ruthless man determined to destroy women – before he uses his wicked website to find her?