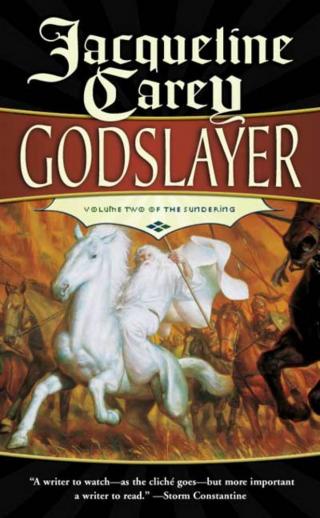 If all that is good considers you evil, are you?
Once human but now immortal, Supreme Commander Lord Tanaros fled the realm of
Men and chose darkness when he killed his adulterous wife and his liege king
who cuckholded him. A thousand years have passed in service to his master, the
dark god Satoris. The world view Satoris as Evil Prime and the name of Tanaros
is the byword for treachery.
The races have united in their quest to rid the world of the Dark God and his
minions. The key to the prophecy is the beautiful Elvish princess
Cerelinde—and Satoris has captured her.
Yet not all tales told are true and evil may have another face. Satoris
refuses to act like the monster that he is made out to be for he recognizes in
Cerelinde a spark of the love that he once bore for his fellow gods. But this
spark of light might prove to be a danger to Satoris…and a greater danger
for Tanaros and all that he holds dear. For Cerelinde might remind him that
the heart that he willed to iron an eon ago is still very much mortal.