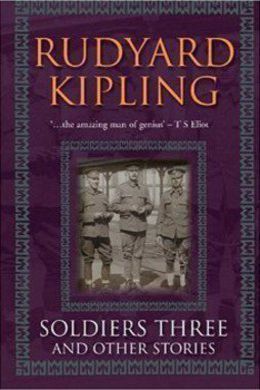 Soldiers Three is a collection of short stories by Rudyard Kipling. The three soldiers of the title are Learoyd, Mulvaney and Ortheris, who had also appeared previously in the collection Plain Tales from the Hills. Soldiers Three and other stories consists of three sections which each had previously received separate publication in 1888.