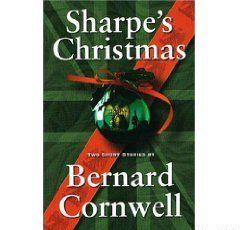 Sharpe's Christmas, is a short story. It features Cornwell's fictional hero Richard Sharpe. It was originally written for British newspaper The Daily Mail which serialised it during the Christmas season of 1994. An extended version was published by The Sharpe Appreciation Society in a short story collection of the same name in 2003 to raise funds for The Bernard and Judy Cornwell Foundation.