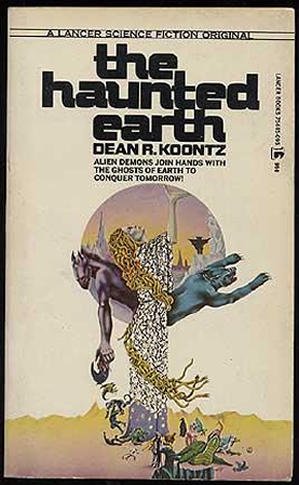 The Maseni were humanoid, but no creature with bulbous forehead, slit mouth and tentacles where fingers should be would ever be mistaken for a man. The Maseni had been on Earth for ten years — years in which the human race reeled under the shock not only of meeting an alien intelligence, but of knowing for the first time that Earth did not belong to men alone. For the Maseni held the secret of contacting the worlds of the supernatural, and now all of the creatures of legend and mythology had been released from their ancient bondage. Not all of them were happy about the new freedom however — even a vampire is apt to resent the interference when he's stopped in mid-bite by the precise wording of a decision handed down by the Supreme Court of the United Nations. Dean Koontz takes a wild and wacky look at the wonderful future of Earth when men and demons walk hand in hand.