A Lady of His Own 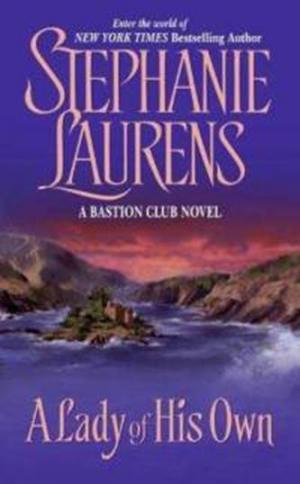 Publisher's Weekly
Regency romance juggernaut Laurens shows signs of fatigue in the third book of her Bastion Club septet (after The Lady Chosen and A Gentleman's Honor). Lord Charles St. Austell, earl of Lostwithiel, is one of the seven noble members of the Bastion Club ("a last bastion against the matchmakers of the ton") who served as spies during the Napoleonic wars and who still do a bit of investigating for the Crown when they're not braving eager ladies on the marriage mart. At his country estate, Charles encounters old friend (and old flame) Lady Penelope Selborne, who's up to her neck in intrigue. Penny's late brother may have been involved in schemes to smuggle secrets to France during the war-schemes that seem to be continuing with new sources even after his death. The novel features all the steamy sensuality for which Laurens is known, but the sex scenes lack the spark typical of her best work; Penny and Charles spend far too much time staring longingly at each other, dutifully denying their own urges. The unwieldy spy plot, meanwhile, progresses with agonizing slowness as the two interrogate every suspicious newcomer in town. Dedicated fans will probably stick with Laurens through the remaining four Bastion Club titles, but she's going to have to pick up the pace if she's to keep others intrigued. Agent, Nancy Yost. Copyright 2004 Reed Business Information.

Комментарии к книге "A Lady of His Own"