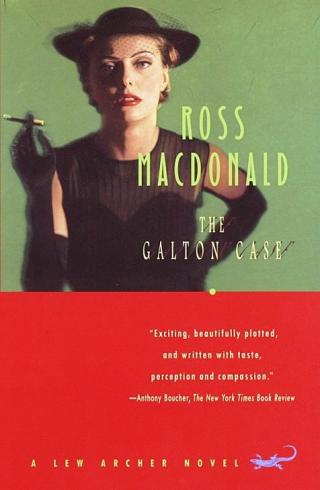 Lew Archer #8 Twenty years ago, Anthony Galton vanished, along with his streetwise bride and several thousand dollars of the Galton fortune. Now his dying mother wants him found, and Lew Archer is on the case: is Anthony hiding somewhere, happy and eager not to be discovered? But what Archer finds – a headless skeleton, a clever con and a terrified blonde – reveals a game whose stakes are so high that someone is willing to kill. The Galton Case is a wonderfully devious and poetic look at poverty, greed, murder and identity. Ross Macdonald's Lew Archer mysteries rewrote the conventions of the detective novel with their credible, humane hero, and with Macdonald's insight and moral complexity won new literary respectability for the hardboiled genre previously pioneered by Dashiell Hammett and Raymond Chandler. They have also received praise from such celebrated writers as William Goldman, Jonathan Kellerman, Eudora Welty and Elmore Leonard.