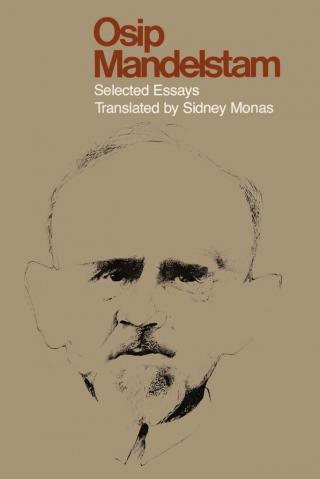 Osip Mandelstam, who died anonymously in a Siberian transit-camp in 1938, is now generally considered to be among the four or five greatest Russian poets of the twentieth century. The essays in this volume, presented in an exceptionally scrupulous and true translation, were selected because they represent Mandelstam's major poetic themes and his thought on literature, language and culture, and the work and place of the poet. Mandelstam's views on literature are profound and original, and they are expressed in striking and dramatic, if sometimes difficult, prose. These essays deal with such topics as the poetic process and the relationship of poetry to politics, culture, the traditions of the past, and the demands of the present.

Professor Monas's lively introduction to the work and life of Mandelstam combines the virtues of both the critical essay and detached scholarship. Keeping biographical detail to a minimum, Professor Monas concentrates on the pattern that runs through the essays and lends them that coherence often noted in Mandelstam's poetry.
Read more at http://avaxhome.cc/ebooks/cultures_languages/0292741456.html#AB3BDrB5x00...