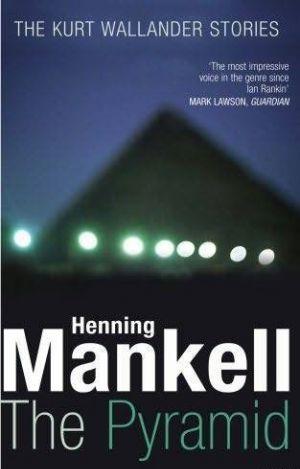 A collection of stories

"What happened to Wallander before the series began?…Several years ago, right when I was done with the fifth book, Sidetracked, I realized that I had started to write stories in my head that took place long before the start of the series." – from Henning Mankell's foreword

At last, a key addition to the Kurt Wallander mystery series: the book of short mysteries that takes us back to the beginning. Here we meet Wallander the twenty-one-year-old patrolman on his first criminal investigation, Wallander the young father facing an unexpected danger on Christmas Eve, Wallander on the brink of middle age solving a case of poisoning, the newly separated Wallander investigating the murder of a local photographer, and Wallander the veteran detective discovering unexpected connections between a downed mystery plane and the assassination of a pair of spinster sisters. Over the course of these five mysteries, he comes into his own as a murder detective, defined by his simultaneously methodical and instinctive work, and is increasingly haunted from witnessing the worst aspects of an atomized society.

Written from the unique perspective of an author looking back upon his own creation to discover his origins, these mysteries are vintage Mankell. Essential reading for all Wallander fans, The Pyramid is also a wonderful showcase for Mankell's powers as a writer.

The Man Who Smiled