A Ruby Beam of Light 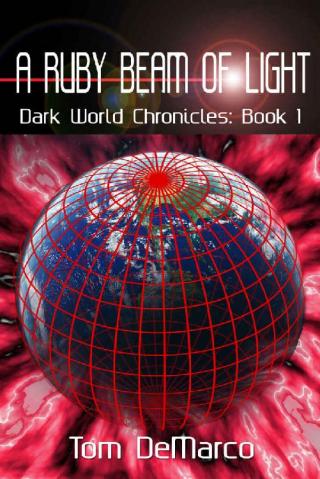 The world has gone dark. Nothing works. Cars and trucks and airplanes and guns and bombs are nothing more than paperweights. A mysterious disturbance propagated onto the earth's magnetic field has the effect of inhibiting all explosions. It has repealed most of the twentieth and twenty-first centuries, leaving the world as it was in your great great grandparents' time.
The villain (or hero, depending on your perspective) who has made this happen is the physicist Homer Layton. He must be destroyed. And his stupid machine that injects the disturbance must be destroyed. Because as long as it is running there can never be another real war. That is unacceptable. Fortunes of treasure and innovation have been invested in war materiel, all of it now useless. Most people would like to have their cars and computers and televisions working again, but that's not what really matters. What really matters is that governments cannot get on with the business of war. The power elites around the world have determined to track down Layton and his little colony of war opponents and smash them. Then the nuclear war that that was just about to happen when he turned on his damnable machine can finally get started . . .

The Children of Men