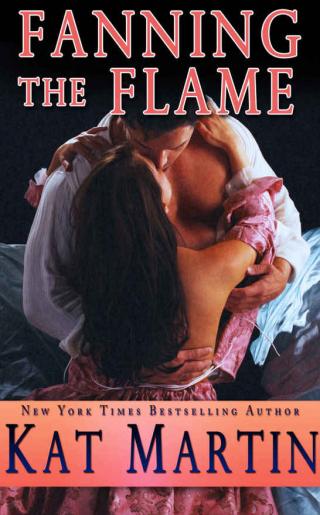 BESTSELLING AUTHOR KAT MARTIN TURNS UP THE HEAT IN A SEXY NEW REGENCY-ERA ROMANCE FILLED WITH INTRIGUEThe London "ton" is abuzz with the latest scandal. Jillian Whitney, well-born but penniless, has been living under the roof of a wealthy nobleman old enough to be her father. When Adam Hawthorne, the mysterious Earl of Blackwood, meets the lovely rebel, he's intrigued enough to want to lure her into changing protectors.

Suddenly, Jillian's beloved guardian is murdered, and she is the only suspect. Forced to flee, she falls into the arms of the earl, who offers refuge from the law but no escape from an intoxicating passion. Although Jillian swiftly loses her heart, she knows that the eligible earl would never marry a woman tainted by scandal. But is Jillian underestimating the strength and depth of a man's passion?