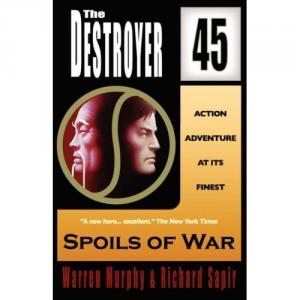 The entire U.S. army is being forced to wage war on its own people by a pontificating ten-preacher and the blonde Venus traveling as his wife. But, saints be praised, Remo and Chiun are of a different persuasion, and their unorthodox tactics leave many a zombie-eyed Christian soldier prostrate on the ground. Chaplains are dying left and right . . . an army base appears out of nowhere those answers to a higher authority than even the Pentagon. Agents of CURE postulate that a Mideast power may have created these apocalyptic events, but the facts are cloistered in secrecy. When Remo and Chiun look for answers, there's no room for sacred cows - and that's the gospel truth!