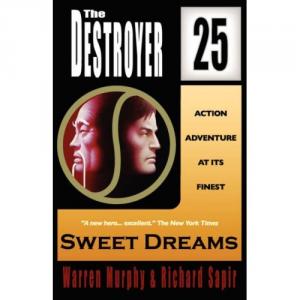 When a brilliant professor invents the world's first fantasy realization device, allowing anyone to watch their own secret fantasies on television, the Mafia are out to steal it, TV executives want to control it, and Remo and Chiun might be the only ones able to prevent it from killing everyone. As the death toll mounts, Remo, the Destroyer, and his teacher Chiun race to decipher the device's dangerous and deadly effects. But will the secret agents be able to resist the lethal temptation to watch their own secret fantasies?