Keeper of the Keys 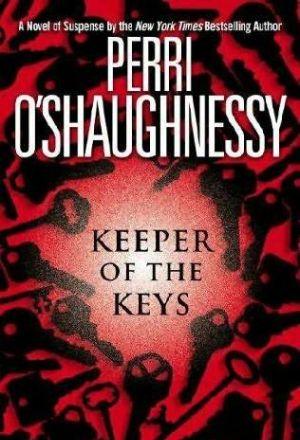 The New York Times bestselling author of the acclaimed Nina Reilly series returns with a bold and gripping new work, a masterful stand-alone that will delight devoted fans – and garner legions of new ones. This haunting and original tale of love, obsession, and the secrets that we keep – especially from ourselves – begins with a sudden, inexplicable vanishing.

For ambitious, troubled architect Ray Jackson, the questions start one sultry California summer night when his wife, Leigh, disappears. No phone call, no ransom note, no body to reveal whether she has left of her own accord and is alive, or is dead. Although it's clear they had a passionate, close relationship, Ray Jackson is not looking for his wife. Why?

Enter Kathleen, old friend of Leigh's, who shows up demanding answers. Ray wants answers, too, but his questions seem strange and shady to Kat.

Suspected by his wife's best friend and the police, Ray launches a desperate, alarming search of his own. Using a collection of keys he has hoarded since he was a boy – keys to homes he once lived in – Ray invades each house, one by one.

Will he unlock secrets from his past that will help him make sense of a life that appears to be disintegrating? Or will he expose chilling secrets that may have scarred him past redemption?

Kat can't figure him out. Still, hoping to find answers to her own gnawing, emotional questions, she throws in her lot with him, at times terrified he killed her friend, and at other times convinced he's an innocent man.

Past and present collide as the deceits and subterfuges are exposed, and Ray Jackson is confronted with the most agonizing decision of his life – to face his own violence-laden past, acting to prevent another murder – or not. His choice will leave nothing and no one the same.

Permission To Climb Aboard