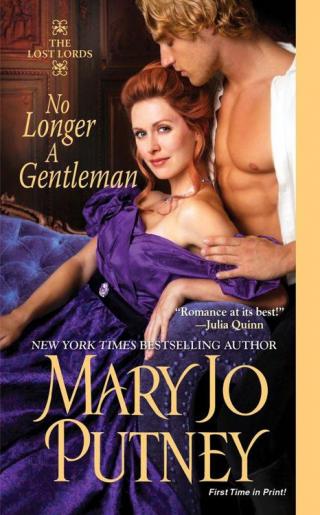 Grey Sommers, Lord Wyndham, never met a predicament he couldn't charm his way out of. Then a tryst with a government official's wife during a bit of casual espionage in France condemns him to a decade in a dungeon, leaving him a shadow of his former self. Yet his greatest challenge may be the enigmatic spy sent to free his body - the only woman who might heal his soul. Cassie Fox lost everything in the chaos of revolution, leaving only a determination to help destroy Napoleon's empire through her perilous calling. "Rescuing Grey" is merely one more mission. She hadn't counted on a man with the stark beauty of a ravaged angel, whose desperate courage and vulnerability thaw her frozen heart. But a spy and a lord are divided by an impassable gulf even if they manage to survive one last, terrifying mission...
### Review
"Rich with historical detail and multifaceted characters." (Publishers Weekly, starred review)"
### About the Author
Mary Jo Putney graduated from Syracuse University with degrees in eighteenth-century literature and industrial design. A **New York Times** bestselling author, she has won numerous awards for her writing, including two Romance Writers of America RITA Awards, four consecutive Golden Leaf awards for Best Historical Romance, and the **Romantic Times** Career Achievement Award for Historical Romance. She was the keynote speaker at the 2000 National Romance Writers of America Conference. Ms. Putney lives in Baltimore, Maryland. Visit her Web site at www.maryjoputney.com.

Not Quite a Wife

Not Always a Saint

No Longer a Gentleman