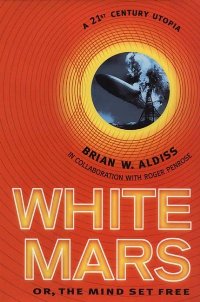 Halfway through the 21st century, an organization with members from each industrialized nation has found a way to colonize Mars. Owing to Earth’s economic collapse, the colony is cut off from the mother planet. The head of the colony wants to create Utopia—some, however, want to go home.

The Road to Reality

Shadows of the Mind (response to criticism)

Hothouse, aka The Long Afternoon of Earth