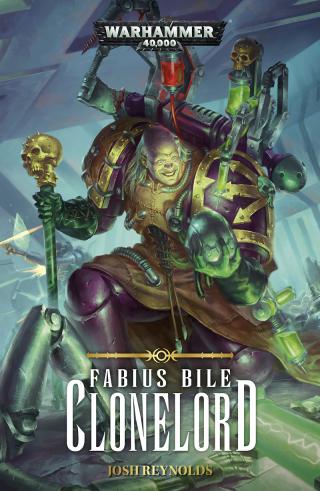 Once a loyal son of the Emperor’s Children, Fabius Bile now loathes those he once called brother. But when a former comrade requests his aid on a mission he cannot refuse, Bile is drawn once more into the sinister machinations of his former Legion. Now, accompanied by new allies and old enemies alike, Fabius Bile must travel deep into the wilds of the Eastern Fringe, in search of a world unlike any other. A world which might hold the key to his very survival. A world called Solemnace…

Read it Because
It's another outing for everyone's favourite mad scientist Space Marine, as he gets mixed back up with the Emperor's Children, and something altogether deadlier.