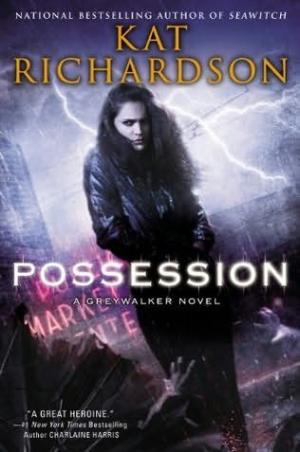 Harper Blaine was your average small-time PI until she died—for two minutes. Now Harper is a Greywalker, treading the thin line between the living world and the paranormal realm. And she's discovering that her new abilities are landing her all sorts of strange cases.
When a comatose woman suddenly wakes up and starts painting scenes she's never witnessed, with a skill she's never had, medical science has no explanation. As more bizarre phenomena manifest, including mysterious writing appearing on the patient's skin and strange voices issuing from her mouth, even her doctors start to wonder whether the woman may be possessed.
Frustrated, frightened, and at the end of her rope, the patient's sister reluctantly turns to Harper Blaine to discover who—or what—is occupying her sister's body. As Harper digs into this case of apparent possession, she discovers other patients struck with the same mystifying afflictions and a disturbing connection to one of the most gruesome episodes in Washington's history....

The Weight of Souls

Rise of the Blood