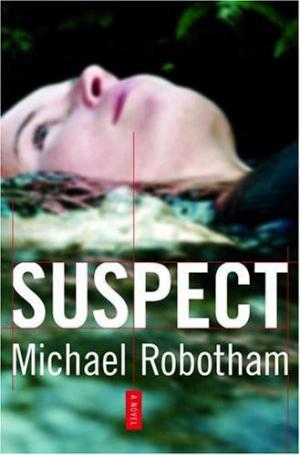 Joseph O'Loughlin appears to have the perfect life - a beautiful wife, a loving daughter and a successful career as a clinical psychologist. But nothing can be taken for granted. Even the most flawless existence is only a loose thread away from unravelling. All it takes is a murdered girl, a troubled young patient and the biggest lie of his life. Caught in a complex web of deceit and haunted by images of the slain girl, he embarks upon a search that will take him from London to Liverpool and into the darkest recesses of the human mind. Ultimately, he will risk everything to unmask the killer and save his family.

From Publishers Weekly
Joe O'Loughlin, a London psychologist, loves his job and loves his family—wife Julianne and eight-year-old daughter Charlie—even more in Australian author Robotham's well-written, if somewhat convoluted, debut suspense novel. O'Loughlin's life takes two disastrous turns: first, he's diagnosed with Parkinson's disease; second, while helping Det. Insp. Vincent Ruiz on the case of a murdered nurse, Catherine Mary McBride, he becomes the primary suspect in the killing. The crime occurred close to O'Loughlin's London home, giving him opportunity, and it turns out that McBride had been his patient and had accused him of harassment, giving him plenty of motive. Vivid characters mostly avoid stereotype, while a fast and furious last section makes up for a wealth of asides and anecdotes that, however effectively done, slow the narrative. More seriously, the book can't decide whether it's a psychological mystery or a conspiracy thriller and strains credibility well past the breaking point. Still, Robotham shows real promise, putting a fresh spin on the familiar crime fiction trope of the falsely accused man.