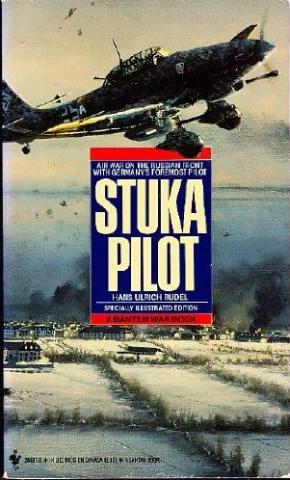 This series of books is about a world on fire.
The carefully chosen volumes in the Bantam War Book Series cover the full dramatic sweep of World War II. Many are eyewitness accounts by the men who fought in a global conflict as the world’s future hung in the balance. Fighter pilots, tank commanders and infantry captains, among many others, recount exploits of individual courage They present vivid portraits of brave men, true stories of gallantry, moving sagas of survival and stark tragedies of untimely death.
In 1933 Nazi Germany marched to become an empire that was to last a thousand years. In only twelve years that empire was destroyed, and ever since, the country has been bisected by her conquerors. Italy relinquished her colonial lands, as did Japan. These were the losers. The winners also lost the empires they had so painfully seized over the centuries. And one, Russia, lost over twenty million dead.
Those wartime 1940s were a simple, even a hopeful time. Hats came in only two colors, white and black, and after an initial battering the Allied nations started on a long and laborious march toward victory. It was a time when sane men believed the world would evolve into a decent place, but, as with all futures, there was no one then who could really forecast the world that we know now.
There are many ways to think about war. It has always been hard to understand the motivations and braveries of Axis soldiers fighting to enslave and dominate their neighbors. Yet it is impossible to know the hammer without the anvil, and to comprehend ourselves we must know the people we once fought against.
Through these books we can discover what it was like to take part in the war that was a final experience for nearly fifty million human beings. In so doing we may discover the strength to make a world as good as the one contained in those dreams and aspirations once believed by heroic men. We must understand our past as an honor to those dead who can no longer choose. They exchanged their lives in a hope for this future that we now inhabit. Though the fight took place many years ago, each of us remains as a living part of it.

This low-priced Bantam Book has been completely reset in a type face designed for easy reading, and was printed from new plates. It contains the complete text of the original hard-cover edition.
NOT ONE WORD HAS BEEN OMITTED.