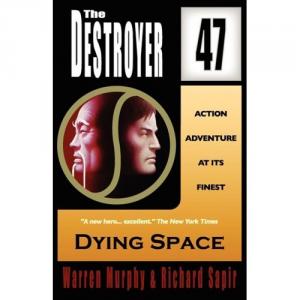 When a garbageman in California is found skinned alive, Remo and Chiun figure it's a dirty business. When the same man starts showing up in the company of a tipsy lady scientist, they know something's really rotten. But finding out the new face belongs to an old foe - a deadly enemy they killed themselves - they know trouble's heading right for their laps, and they've got to move fast to keep from landing down in the dumps . . . for good. Hot on a trail littered with peril, Remo and Chiun head for Moscow where the KGB, the scientist, and the once-dead enemy of Sinanju teach them just who's going to bury whom? As they waste away in a Soviet prison, America's future is coming to a head - a warhead. And with Remo and Chiun incarcerated, the U.S. is going to be incinerated . . . unless, somehow, the odds shift to give the good guys a fighting chance . . .