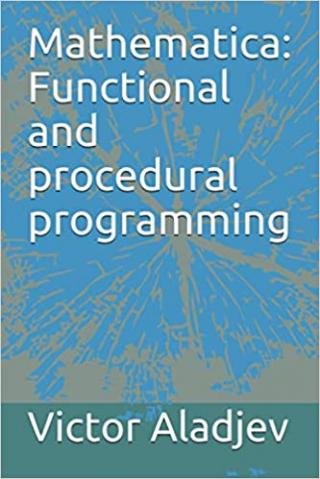 Software presented in the book contains a number of useful and effective receptions of the procedural and functional programming in Mathematica that extend the system software and allow sometimes much more efficiently and easily to program the software for various purposes. Among them there are means that are of interest from the point of view of including of their or their analogs in Mathematica, at the same time they use approaches, rather useful in programming of various applications. In addition, it must be kept in mind that the classification of the presented tools by their appointment in a certain measure has a rather conditional character because these tools can be crossed substantially among themselves by the functionality.

The freeware package MathToolBox containing more 1420 tools is attached to the present book. The MathToolBox not only contains a number of useful procedures and functions, but can serve as a rather useful collection of programming examples using both standard and non–standard techniques of functional–procedural programming.

The book is oriented on a wide enough circle of the users from computer mathematics systems, researchers, teachers and students of universities for courses of computer science, physics, mathematics, and a lot of other natural disciplines. The book will be of interest also to the specialists of industry and technology which use the computer mathematics systems in own professional activity. At last, the book is a rather useful handbook with fruitful methods on the procedural and functional programming in the Mathematica system.

Software Etudes in the Mathematica

Functional and procedural programming in Mathematica

Software Etudes in the Mathematica

Functional and procedural programming in Mathematica

Mastering Regular Expressions. Powerful Techniques for Perl and Other Tools