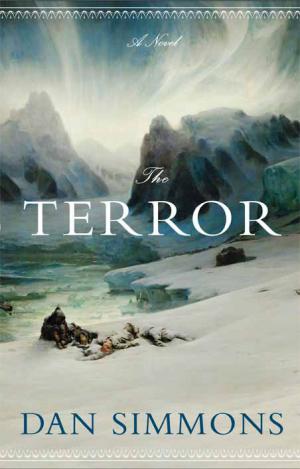 The bestselling author of Ilium and Olympos transforms the true story of a legendary Arctic expedition into a thriller worthy of Stephen King or Patrick O’Brian. Their captain’s insane vision of a Northwest Passage has kept the crewmen of The Terror trapped in Arctic ice for two years without a thaw. But the real threat to their survival isn’t the ever-shifting landscape of white, the provisions that have turned to poison before they open them, or the ship slowly buckling in the grip of the frozen ocean. The real threat is whatever is out in the frigid darkness, stalking their ship, snatching one seaman at a time or whole crews, leaving bodies mangled horribly or missing forever. Captain Crozier takes over the expedition after the creature kills its original leader, Sir John Franklin. Drawing equally on his own strengths as a seaman and the mystical beliefs of the Eskimo woman he’s rescued, Crozier sets a course on foot out of the Arctic and away from the insatiable beast. But every day the dwindling crew becomes more deranged and mutinous, until Crozier begins to fear there is no escape from an ever-more-inconceivable nightmare.