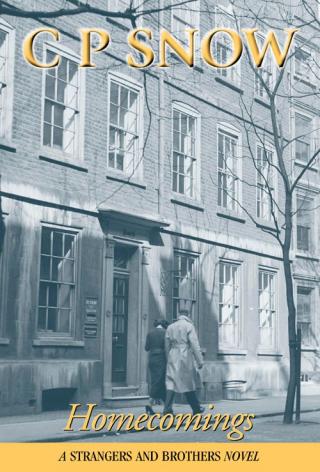 Homecomings is the sixth in the Strangers and Brothers series and sequel to Time of Hope. This complete story in its own right follows Lewis Eliot's life through World War II. After his first wife's death his work at the Ministry assumes a larger role. It is not until his second marriage that Eliot is able to commit himself emotionally.

The Sleep of Reason