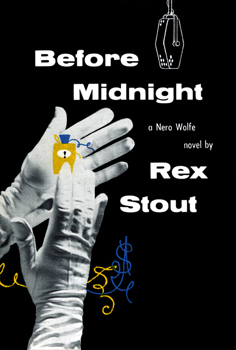 When Nero Wolfe comes up against murder in the advertising business it isn’t surprising that the world’s largest detective (one-seventh of a ton of orchid-loving, beer-drinking genius) should find himself involved with one of the world’s largest advertising agencies. The agency is conducting the biggest prize contest ever, with prizes totaling one million dollars. Just one man knows the solutions in the million-dollar contest, and it’s his disappearance that introduces Nero and Archie to the world of four-color spreads and TV spectaculars. It introduces them also to a murderer who has the audacity to kill in Nero’s office and before Nero’s very eyes. After Rex Stout unfolds this novel, it is possible that the advertising world will never be the same — and this may be a public service.

Murder Is No Joke

The Gun with Wings

When a Man Murders…

A Wreath for Rivera