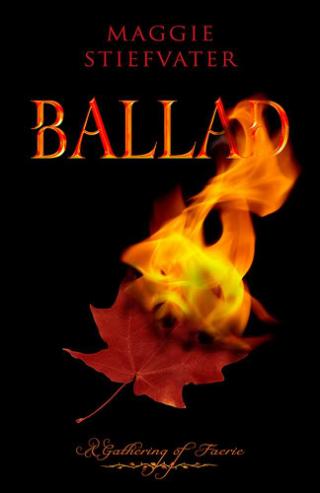 Nuala is part muse, part psychic vampire. While the freedom to sing or write or create is denied her, her mark across history is unmistakable: a trail of brilliant poets, musicians, and artists who have died tragically young. She has no sympathy for their abbreviated life spans; every thirteen Halloweens she burns in a bonfire and rises from her ashes with no memories of what has come before other than the knowledge of how her end will come. James is the best bagpiper in the state of Virginia—maybe in the country—plus he's young and good-looking: just Nuala's thing. But James, supremely confident in his own abilities and in love with another girl, becomes the first to ever reject Nuala's offer. He's preoccupied with bigger things than Nuala: an enigmatic horned figure who appears at dusk and the downward spiral of Dee, his girlfriend-who-isn't. James Morgan has an almost unearthly gift for music. And it has attracted Nuala, a soul-snatching faerie muse who fosters and then feeds on the creative energies of exceptional humans until they die. James has plenty of reasons to fear the faeries, but as he and Nuala collaborate on an achingly beautiful musical composition, James finds his feelings towards Nuala deepening. But the rest of the fairies are not as harmless. As Halloween-the day of the dead-draws near, James will have to battle the Faerie Queen and the horned king of the dead to save Nuala's life and his soul.