Geons, Black Holes, and Quantum Foam: A Life in Physics 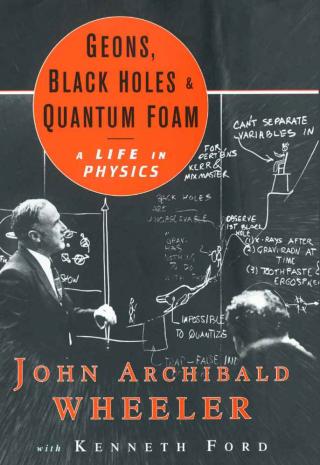 He studied with Niels Bohr, taught Richard Feynman, and boned up on relativity with his friend and colleague Albert Einstein. John Archibald Wheeler's fascinating life brings us face to face with the central characters and discoveries of modern physics. He was the first American to learn of the discovery of nuclear fission, later coined the term "black hole," led a renaissance in gravitation physics, and helped to build Princeton University into a mecca for physicists.

From nuclear physics, to quantum theory, to relativity and gravitation, Wheeler's work has set the trajectory of research for half a century. His career has brought him into contact with the most brilliant minds of his field; Fermi, Bethe, Rabi, Teller, Oppenheimer, and Wigner are among those he called colleagues and friends. In this rich autobiography, Wheeler reveals in fascinating detail the excitement of each discovery, the character of each colleague, and the underlying passion for knowledge that drives him still.