The Dirty Streets of Heaven 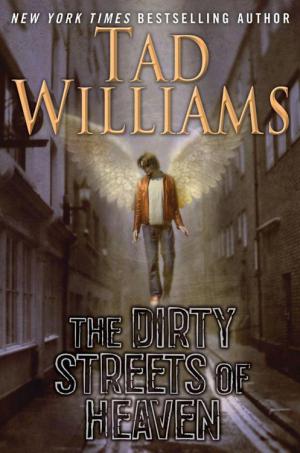 Bobby Dollar is an angel—a real one. He knows a lot about sin, and not just in his professional capacity as an advocate for souls caught between Heaven and Hell. Bobby’s wrestling with a few deadly sins of his own—pride, anger, even lust.
But his problems aren’t all his fault. Bobby can’t entirely trust his heavenly superiors, and he’s not too sure about any of his fellow earthbound angels either, especially the new kid that Heaven has dropped into their midst, a trainee angel who asks too many questions. And he sure as hell doesn’t trust the achingly gorgeous Countess of Cold Hands, a mysterious she-demon who seems to be the only one willing to tell him the truth.
When the souls of the recently departed start disappearing, catching both Heaven and Hell by surprise, things get bad very quickly for Bobby D. End-of-the-world bad. Beast of Revelations bad. Caught between the angry forces of Hell, the dangerous strategies of his own side, and a monstrous undead avenger that wants to rip his head off and suck out his soul, Bobby’s going to need all the friends he can get—in Heaven, on Earth, or anywhere else he can find them.
You’ve never met an angel like Bobby Dollar. And you’ve never read anything like The Dirty Streets of Heaven.
Brace yourself—the afterlife is weirder than you ever believed.

Taken by the Vampire King