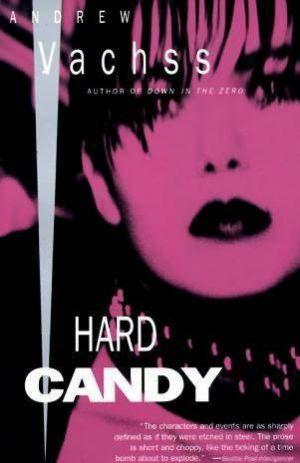 "His writing has the power of a rogue elephant." – Cleveland Plain-Dealer

"A confection from Hell- a poison pill laced with acid and wrapped in razor-edged concertina wire." – Courier-Post (Philadelphia)

"Each [Burke book] is as savage as Celine. And there it is, a three sentence throwaway paragraph, as pure as Euclid. I'm a sucker for such Elegance." – Newsday

"It's wonderful. The words do leap off the page. The principal character is an original. The style is as clean as a haiku." – Washington Post

"Andrew Vachss is unique among modern writers; no one else comes close to the raw power and intellectual ambiguity that he manifests so elegantly, so coldly." – Clarion-Ledger (Jackson, MI)

Now a paid assassin, Burke is on a collision course with a man named Train, who runs a "safehouse" for kids. But when Burke learns that his suspicions about Train are right (the safehouse keeps kids in harm's way), he becomes his own gun-for-hire.